Meteor is a great Node framework. I love it. Mainly because it is very easy how to prepare a development environment. Just a simple command line. You don't need to worry about the version of Node, database, anything. But when you go to put in production, you have two options: use a specialized host to meteor (Meteor Cloud, Scalingo, NodeChef, etc.) or build your own environment.

I think there are pros and cons to each scenario, and I don't want to discuss them in this article. Here, I just want to show how to prepare your Meteor application to be deployed using a Docker Compose in your own production environment.

With Docker Compose, you can have sure that your application is ready to go to production. You can run it in your own machine, in a server with Docker compose, or in a Docker Swarm cluster.

Now I'm going to stop talking and let's get down to business.

I don't want to teach about Docker concepts, so I'll show a Dockerfile ready, and I'll comment on every step I did.

We'll use a default Meteor Blaze application to complete the task. Choose a specific place in your computer and execute this command:

We need to build the application to be used inside the docker. Remember, here I'm just showing a simple example to build a Meteor application. There are many other parameters that you can be setting in build time.

Go to the path of your application and execute this command:

The above command will create a build folder with a Node code built inside. We'll use it inside de Dockerfile in the next step.

You will have a warning message like this below, just ignore it:
WARNING: The output directory is under your source tree.
Your generated files may get interpreted as source code!
Consider building into a different directory instead
meteor build ../output

This step is to create a docker image to be used by Docker Compose (or a Stack in the Swarm). Below, is the complete and simple Dockerfile:

Commenting on each line:

FROM: define what node image you'll use as a base to create the image of your application. There are two important points here:

LABEL: it is just to add metadata to your file.

COPY: remember that we built that application outside of docker, then this command is to copy the result of the build (a node application) to inside the Docker.

RUN: it will execute a shell command inside the docker in build time. In this case, we are executing the npm i to install all NPM dependencies of your application because meteor build doesn't do.

USER: define the user we'll use to run the node app.

CMD: will execute the application.

After the preparation of Dockerfile, save it in the root of your Meteor project and run this command to build a Docker image:

When ended, you can check the image using the command:

Now you have your application Docker image ready to use with Docker Compose. You can remove the build folder created, you don't need it after this step.

I prepared a small Docker Compose file as an example:

Differently from Dockerfile syntax, a docker-compose file is a YAML file. Each indentation means that that line is inside the other level. By default, we are using 2 spaces to define an indentation.

Commenting on each line:

version: define the version of docker-compose. See the documentation about versions here.

services: define each service (or application) we need to start. In this case, we just will deploy our app.

my-app: the name that I chose for my application.

image: the image's name that I want to use for my service, in this case, the image we built.

ports: the map of the external port to the internal port. 80 is external and 3000 is internal in the example.

environment: here you can put all environment variables that Node or Meteor needs to run.

NODE_ENV: define what environment Node is running.
ROOT_URL: the URL that the app will respond to based on the port exposed.
PORT: port that the application will be running inside the container.

For this simple example, I put just the minimal of environment variables are necessary to power on an app. I'll show others common variables that you will need for real applications:

Environment variables can be set on Dockerfile too, but I prefer to use them in a docker-compose to allow us to use the same Docker Image to any environment (tests, staging, production, etc.).

To start the application, execute this command line:

Now you can check if the container was created and is running fine executing this command line:

The result will be:

And you can go to the browser and access http://localhost

Let me know if you could publish your application using this article. 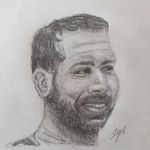